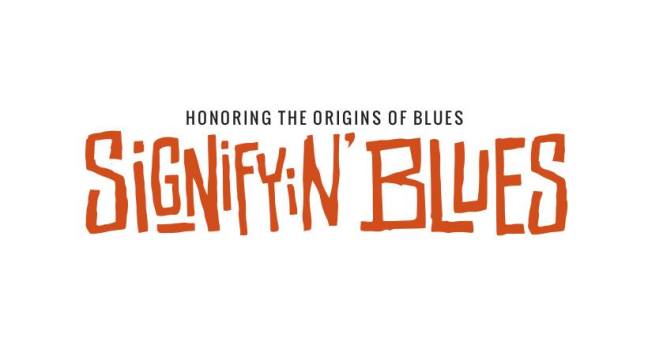 Southern California has a wealth of music royalty, but the undisputed Queen of Jazz and Blues is Barbara Morrison. She isn’t just the Queen because of her three Grammy nominations or her experience singing alongside greats like Dizzy Gillespie, Etta James, Ray Charles, Dr. John, and Keb’ Mo, to name a few. Barbara Morrison is the Queen of Jazz and Blues because she cares for her music and arts family in Los Angeles and beyond.

I have been very fortunate to spend time with Barbara as I have helped organize Signifyin’ Blues, which raises money for the CA Jazz & Blues Museum and the Barbara Morrison Performing Arts Center.  Both inspire kids of all ages with regular music and arts programs throughout the year.  A typical day for Barbara includes a lot for a woman turning 70 in a few months!

When I get to the museum on a sunny Wednesday afternoon, she is in a hurry bringing out the recycling from the back of the museum to a homeless man she sees and knows by name. He will exchange the cans for some money to get by. She is also telling her guitarist not to leave yet, whispering to me it’s because “he owes me money!” Barbara played a small club with him the night before. According to her manager, Tim Morganfield—Muddy Waters’ cousin—she has been playing a show every night for about a month.

Barbara is excited to see the fliers for Signifyin’ Blues 2019, which I brought to her.  She enthusiastically hands one to a visitor whose mother was friends with Barbara in the LA music scene decades ago. Adding to the commotion, there are also kids running around who have just finished up a music lesson at the Barbara Morrison Performing Arts Center next door. Before her evening performance(s), it’s pretty typical to find Barbara doing just this: speeding around the small neighborhood of Leimert Park, blasting over curbs and swerving between unsuspecting pedestrians in her turbo-powered wheelchair. Barbara has places to be and things to do, so join her or get out of the way!

Barbara learned to sing in church and began singing on the radio when she was just five years old, the same year and age when Stevie Wonder debuted. When she was 23, she moved from Michigan to Los Angeles to sing with jazz, be-bop and blues sax legend, Eddie “Cleanhead” Vinson. Johnny Otis soon caught wind of her and launched her career into hyperdrive the same way he did with Big Mama Thornton, Etta James, Esther Phillips and many others decades before. Since then, Barbara has traveled the world many times over, and still does, but she has been based in the Los Angeles neighborhood of Leimert Park for many decades. She not only calls it home, but also cultivates a home for local painters, poets, musicians, and other artists at her museum and performing arts center.

If you don’t introduce yourself to Barbara, she will introduce herself to you. She’ll ask, “Do you recognize anyone famous?” Visitors will laugh and say something like “I saw you in such and such a year at the Hollywood Bowl with so-and-so!” Barbara might impromptu start singing a song she sang that night decades ago, or just make up a song about you on the spot. She is also a rolling jazz-and-blues-music encyclopedia. If you ask her about previous residents of Leimert Park like Ray Charles, the Temptations or, Ella Fitzgerald, she won’t just tell you about Ella, she will tell you about her personal interactions with her. Now I’m one level of separation from the legendary voice on that scratchy vinyl I got from my grandpa when he passed away!

Barbara is equally excited about modern music as she is about music from the past. Good music is good music to Barbara, and it doesn’t matter when it was made or what genre it is.  She loves to talk about Kendrick Lamar and her good buddy, Kamasi Washington, who performs next door when he’s not on tour playing the biggest festivals in the world—like Coachella—with his orchestra. When Kamasi released the critically acclaimed “Heaven & Earth” last year, it was Barbara’s CA Jazz & Blues Museum that held the record release party.

Teaching kids how to tell their story through art is why Barbara puts all of her extra time and energy into the museum and performing arts center. As I’ve watched her work ethic and love for the community, I see that she is truly an ambassador of the arts and worth supporting. This is why Signifyin’ Blues exists. We, the organizing team of Signifyin’ Blues, believe in her mission and love her passion, and will continue to support her labor of love by raising money for the California Jazz and Blues Museum and Barbara Morrison Performing Arts Center so Barbara and her team can continue to inspire kids of all ages to engage in creating music and art for many, many years to come.

If you would like to learn more about the charity event, Barbara Morrison, and the California Jazz and Blues Museum, please visit www.Signifyinblues.com and www.BarbaraMorrison.com.

The Blues and Jazz Dance Book Club would like to thank Jeremy Carberry and Signifyin’ Blues for giving us an exclusive look into a day in the life of Barbara Morrison.

About the Author: Jeremy Carberry is an audio engineer, dancer, and an organizer of Signifyin’ Blues in Los Angeles.